DK was called for commercial mold recovery by a property manager of a rural ranch property, who found standing water throughout the home with visible mold-like substance on all walls and contents throughout the home. It was confirmed that the water softener had frozen, cracked and flooded the property. DK inspected the property in its entirety and determined that one 100% of the structure was affected, including the crawl space below the main level.

DK completed an emergency water extraction by installing dehumidifiers and negative air machines with HEPA filtration. It was determined that due to the damage, affected building materials would be removed and disposed. Following the removal of damaged building materials and exposing the framing and subfloor, dehumidifiers were reset to aid in drying the affected framing. The mold remediation process then began, including abrasive removal from affected framing, HEPA vacuuming and treatment of the framing with an anti-microbial sealant.

After verification that the commercial mold remediation was successful, repairs to the structure began. Upgrades to the electrical system and insulation were made to meet modern building codes. Mechanical and plumbing systems were replaced or repaired. The drywall was replaced and painted. The cabinetry, countertops, trim work, flooring and doors were also replaced.

The property is a ranch style home, typically only occupied for a few months out of the year. The property had not been inspected by the owner or property manager for at least a few months prior to the loss. The few months prior to the discovery of the commercial mold and related damage, it had been abnormally cold for the region, resulting in hundreds of frozen water lines throughout the area. The combination of the temperature and the amount of water in the home allowed mold to develop in abundance throughout the home.

DK quickly responded to the commercial mold recovery request and was on site within one hour. Taking into account the complexity of this project due to the severity of loss, percentage of structure affected, rural location and the number of trades involved, the scope of the mitigation, remediation, repairs and associated estimates were appropriate for this project. The structure was dried to the dry standard, third party verification of the commercial mold remediation was obtained and the structure was returned to pre-loss condition. 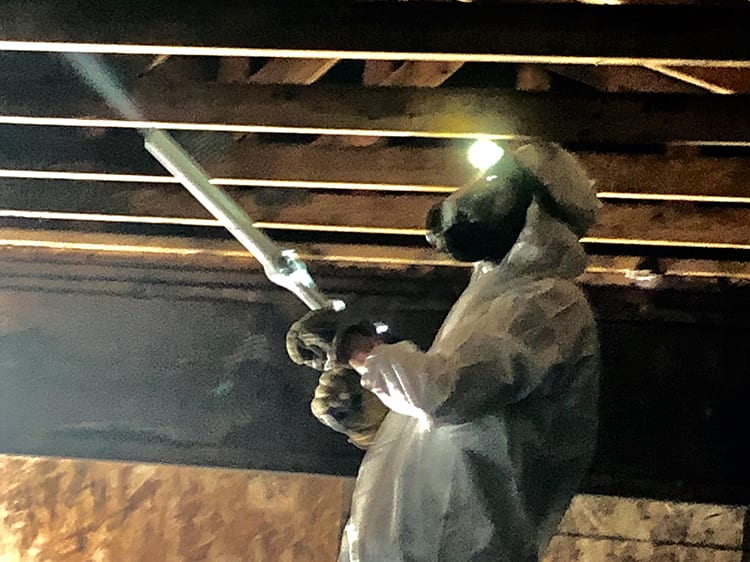 Our DK team has been doing this for over 30 years. No matter how extensive the damage, we can help.